The Clamor for Kardashian-Like Eyelashes Spurs Demand for New Salons

Call it the Kardashian effect or a product of the selfie-generation, but the rising popularity of false eyelashes has given retail centers another personal service to offer that can be difficult to replicate online.

What was once the sole province of the rich and famous, falsies now have gone mainstream with franchises growing to meet the desire for longer, luxurious lashes at a fraction of the cost.

Amazing Lash Studio, based in Scottsdale, Arizona, leads the burgeoning business with 214 studios open across the country with 16 more teed up and 43 future locations set. Up-and-comer Canonsburg, Pennsylvania-based Deka Lash has opened its 50th franchised store, taking space in the Chicago suburb of Western Springs. It has another 227 signed agreements across 20 states, a big start on reaching its goal of 300 studios in the next three years.

Studios aren’t just opening in cosmopolitan areas. “We have locations opening in Alaska,” said Michael Blair, founder of Deka with his wife Jennifer, who had the idea to start the company in 2011.

How long the trend lasts is anyone’s guess. But it doesn’t look like it will slow soon. “They are definitely hot right now,” said Jeff Dehart, partner in Atlanta-based shopping center developer SJ Collins Enterprises. “The idea is that personal services have become less expensive and therefore people are doing them more frequently.”

False eyelashes have been around since the 19th Century. But the first big run in popularity came in the early 20th Century, when filmmaker D. W. Griffith had actress Seena Owen fitted with false eyelashes for the 1916 silent film "Intolerance." Hollywood makeup artists soon added the accessory to their repertoire.

Innovation in materials, such as more durable plastic instead of hair or fabric, helped make them more accessible and better over the decades. British model Twiggy helped false eyelashes boom in the 1960s.

Popularity waned in the 1970s when the natural look took hold. Then came the Kardashians. Their near ubiquitous presence on social media batting their long lashes helped ignite the popularity of the product. Women wanted to have eyelashes like them and the beauty world responded with tips on how to copy the look .

Stick-on versions have been around for decades. But that’s not what the Kardashians or other celebrities favor. They have eyelash extensions, and those can be costly. Blair said the idea for Deka Lash began when his wife had her eyelashes extended in Las Vegas while they were there for his 40th birthday party. She loved them but they cost about about $1,000. “One thing Jennifer wanted to do is create affordability,” Blair said.

The service now costs less than $100 at Deka Lash. 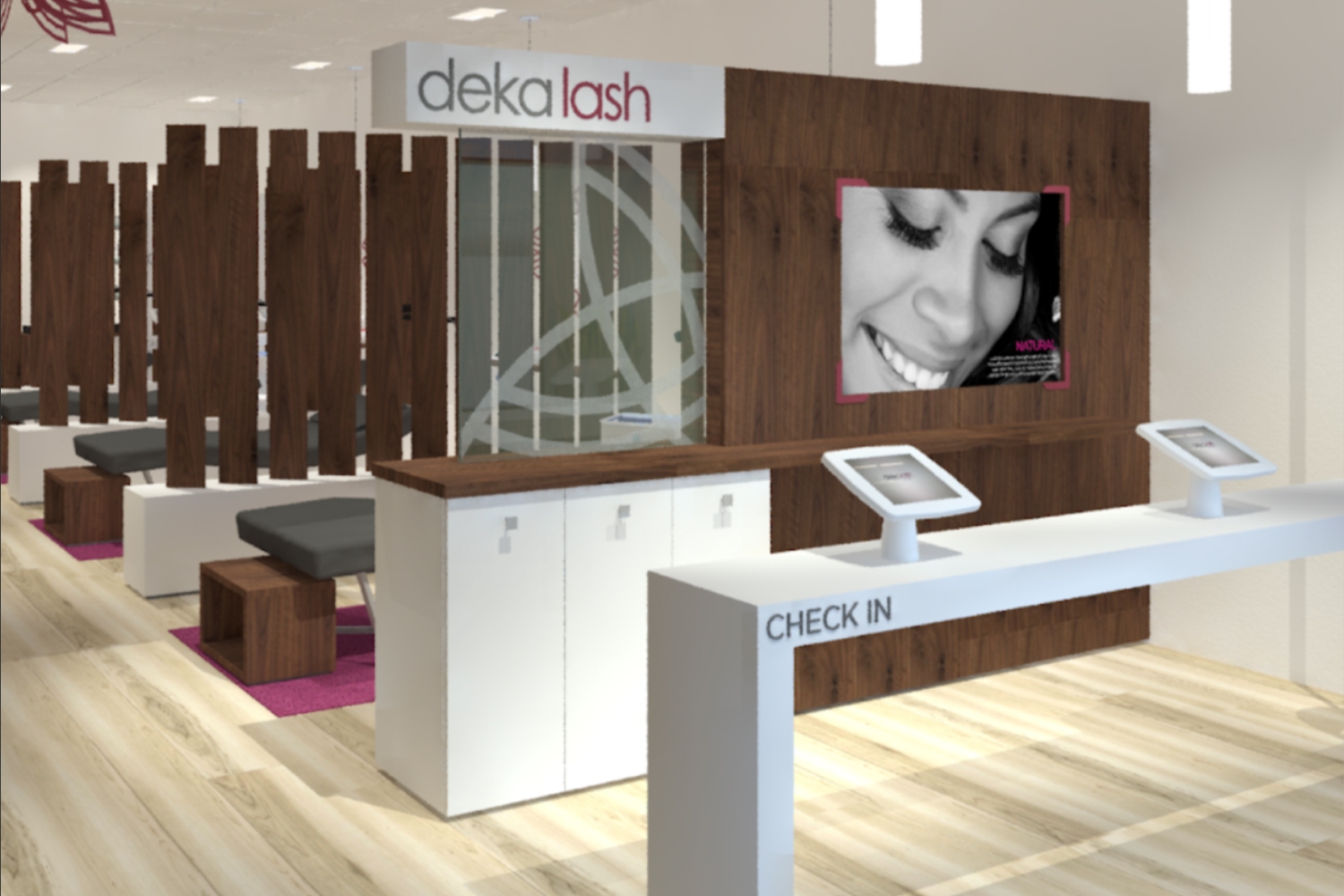 Jessica Le saw the same opportunity when she founded Amazing Lash with her husband Edward in 2010.

Amazing Lash began franchising in 2013. Rapid growth didn’t come until they hired Heather Elrod as chief operating officer in 2016. The number of franchises grew to 200. Last year, Englewood, Colorado-based WellBiz Brands bought out the founders. WellBiz added the eyelash business to its franchise portfolio that includes Elements Massage and Fitness Together.

WellBiz brought financial firepower. It’s backed by Denver-based KSL Capital Partners, which has investments in a variety of resorts, including the Margaritaville Hollywood Beach Resort in Hollywood Beach, Florida. At the time of the sale, Elrod told Franchising Times that “our vision is to own everything around the eyes.”

Unlike Amazing Lash, the Blairs are using their own resources to expand their brand. Deka operates in a bit smaller space, averaging 1,000-1,200 square feet. Blair said they keep the startup costs down that way along with an open design that has semi-private spaces.

The company looks for suburban locations with grocery-anchored centers, particularly Whole Foods, or shopping plazas that have high visibility. “We love being in plazas that are heavy with female-focused brands,” Blair said.

Those include boutiques for fitness, yoga or Pilates, and hair and nail salons. The newest Deka opened in Garden Market Shopping center near Element Massage, which signed a lease there in April 2015 two months before WellBiz bought that franchise company.